I’ve looked at quite a few triangular-shaped pencils recently; they seem to be a trend attempting to make writing more comfortable. While they are obscure, I had heard about them and they make sense. Trending in the opposite direction I have here a pencil from the Museum Siam that is square (with rounded edges). One would think that would be uncomfortable, and maybe that’s why it’s a much less readily available design. Let’s take a look. 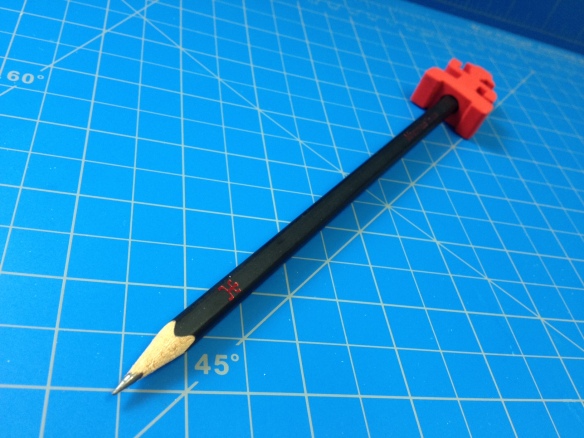 The body of the pencil is super simple. It’s a rounded off 5mm rectangular prism with a nice matte black paint. On the side, stamped, in nice red letters are “Museum Siam” and a pictograph of a worker. The back of the pencil is capped with a red material but this is covered with a quite large eraser that is also in the shape of the logo/worker dude. 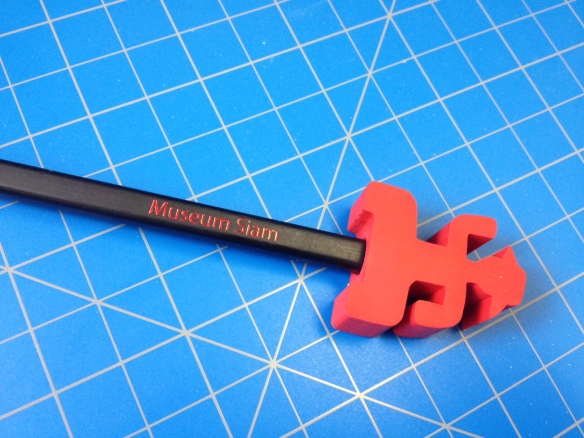 This pencil is obviously a novelty or keepsake, and while it writes like a fairly normal #2, being a bit toothy and on the soft side, it probably wasn’t meant to be written with very much and most of the normal information you’d find on a pencil is absent. The body of the pencil is surprisingly easy to hold, and allows for a good grip without much cramping, though it will dig in a little more than more standard pencil shapes. The biggest problem is the eraser, which makes the pencil massively back-heavy and almost unusable when attached. I didn’t test its performance because I didn’t want to damage its aesthetics but I suspect, like most shaped erasers, it would perform poorly. 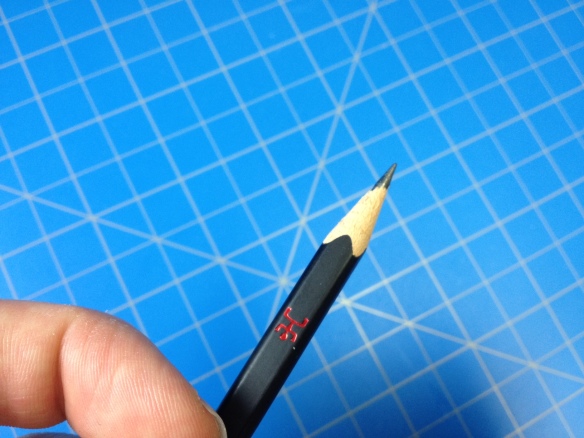 It’s a pretty neat little gift shop item if you’re a fan of weirder pencils, and there isn’t much else to say about it really.