I’m not sure I need to explain the usefulness/necessity of index cards to you. I’m also not here to try and figure out what the best index cards in the world are (does Clairefontaine make any? If yes, then they’re probably the best). But WalMart does sell reasonably priced index cards under their in-house Pen+Gear brand (which is a poor name, but that’s not relevant, and I’m here to take a look at whether or not those are worth purchasing if you’re just looking for some (whichever) index cards. 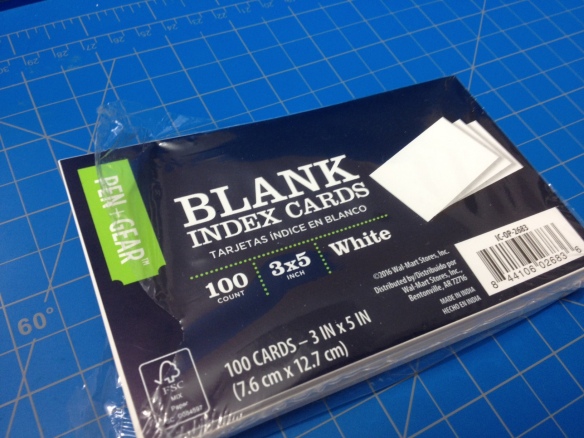 (Note: I got blank cards, so I can’t remark upon anything concerning the ruling)

The dimensions of the cards themselves seem to accurately reflect the labeling, which is a good start. The paper is a bleached-white with a slightly pulpy texture that makes me think that over time or in sunlight these will become yellowed and brittle faster than your average paper products. This texture does make for a pleasant writing experience that is mostly smooth with a hint of feedback. Its ability to take ink and potential damage from eraser is about what you’d expect. Permanent markers, alcohol markers, and fountain pens will all bleed through, while even thicker fineliners (felt pens) don’t show through, and erasing doesn’t cause significant damage. If fact my only real gripe (though it is a big one), is that they are quite floppy for being “cards”. They’re flimsy, flappy, and easy to tear if handled frequently, meaning they would work poorly if one wanted to use them as say… index cards. Not only does this lack of stiffness detract from their main purpose, but it negates so many of the other things that index card were useful for in the past, like being structurally integral parts of craft projects. (Unfortunately, this can only knock the product down so far as, recently, I haven’t seen a brand of index cards that maintains the proper rigidity, so the best bet there is to make your own from card stock, I guess).

If you’re looking for small cut pieces of paper for various reasons, like taking quick notes, testing swatches of ink or paint (though they may buckle), or organizing recipes that you don’t handle often, these will work just fine. And even though they won’t really work for maintaining a card-catalogue (who even has those?) they aren’t exactly anything less than I expected for the price.

I’m a sucker for globes. I see a globe and I buy it. Well… that might not be necessarily true, but it was in this case. I saw a globe on the shelf and bought it. It was only later that I learned it was a pencil sharpener (and more expensive than the dollar I thought it was worth). I was actually unaware that Maped was an office supply company, but does that say anything about the quality of their globe pencil sharpener? 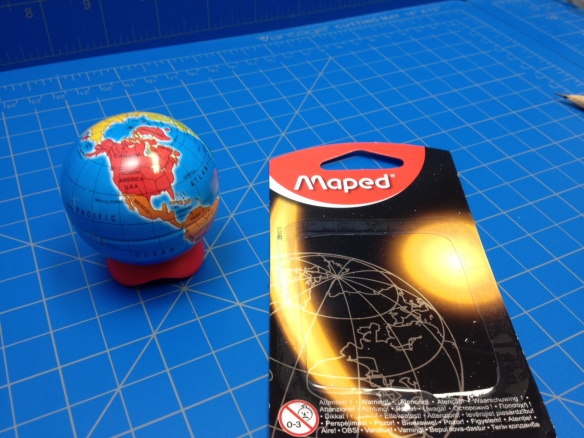 With such a cheap and small product, one can’t expect a large degree of accuracy, and that is certainly the case here: Great Britain is fused to the rest of Europe, islands in the Pacific are comically uniform (and poorly labeled), Kamchatka is colored as if it is part of North America, and Mexico south is apparently South America. Beyond that, the actual quality of the product isn’t held to a high standard either. Mine came with a few paint chips and scuffs; while that isn’t the worst thing, it is very noticeable at the small scale. 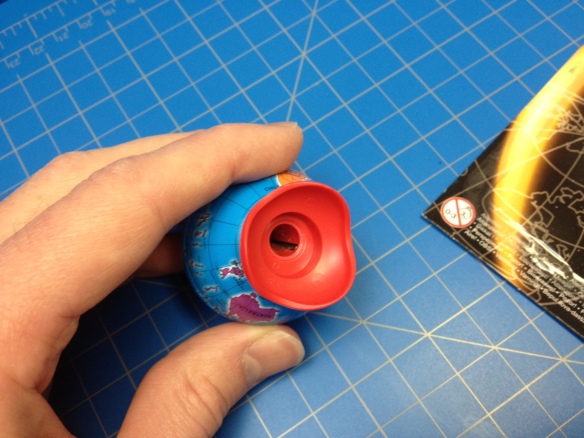 But, none of that matters unless the sharpener works, which it doesn’t… very well. Obviously, any blade screwed into a cone will sharpen a pencil, and this technically does that, but out of the box it is dull enough to tear at the wood, and the cone misshapen enough to turn the pencil tip into a fragile needle. Technically, it does sharpen a pencil (and I’ve had some “sharpeners” that didn’t) but it makes an ugly and fragile mess. The position of the hole isn’t much better, being in the “stand” part of the globe, and thus, pointing down, it dumps little bits of graphite onto whatever surface you set it on. 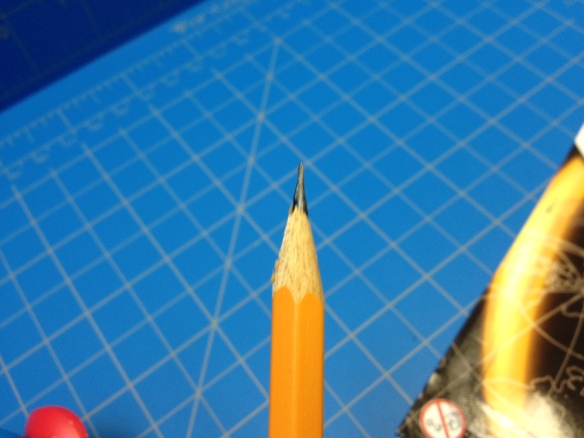 I can’t really recommend this one, even if you’re a globe fan. The illustration is poor, the metal is nothing special, and the sharpener is of shoddy quality while being badly positioned. I’d only really get it as a curiosity if it was on sale for 50¢ or so.